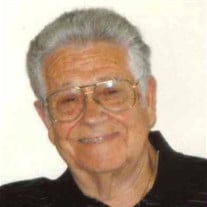 Greco, Arthur J., 88, of Pompton Plains, passed away on June 25, 2019, surrounded by his loving family . Arthur J. Greco was born in 1930 to Arturo Greco and Clelia Greco (née Chiamulera). He grew up in Clifton, NJ and attended Clifton High School, Brooklyn College, and Seton Hall University. He served in the Marine Corps during the Korean War where he attained the rank of Sergeant. In 1952 he married the love of his life, Viola Dominianni. They settled in Clifton where they raised three children. Arthur was head chef and production manager at St. Joseph’s Medical Center in Paterson until his retirement. Arthur also used his talent and passion for cooking to benefit many charitable causes. He took charge of many Communion breakfasts, pancake breakfasts, and the annual Polenta dinner all at Sacred Heart Church. Arthur and his entire family spent many Thanksgivings at Sacred Heart Church hosting and cooking turkey dinners for the homeless and anyone who was alone on the holiday. Arthur was a talented baseball player who played for Clifton High School and the American Legion Post 347, where two of his grandsons also played. He coached Clifton Eastern Division Little League baseball and won three city championships. He also coached CYO basketball. He was an avid NY Yankees fan. Arthur’s family was most important to him. He recently celebrated his 67th wedding anniversary with Viola. He enjoyed watching his grandchildren play sports and spent many joyful hours babysitting. He loved vacationing at the Jersey shore, especially Wildwood. He also took many memorable trips with his wife and friends to Maine. Arthur is survived by his wife, Viola, and their three children -- Claire Mekkawy and her husband Salah, Richard Greco and his wife Leslie, and Joanne Joaquim and her husband Manny. He is also survived by 8 grandchildren, Shaun, Dean, and Derek Mekkawy, Richie, Andrew and Alex Greco, and Andrea and Jessica Joaquim. He was also the proud great grandfather of two great grandsons. Funeral from the Marrocco Memorial Chapel 470 Colfax Avenue Clifton on Saturday at 9:15 AM followed by a funeral mass at Saint Philip the Apostle RC Church Clifton at 10 AM. Interment Holy Sepulcher Cemetery. Visiting Friday 3PM to 8PM. In Lieu of flowers donations can be made to St. Jude Children’s Research Hospital - 501 St Jude Place Memphis, TN 38105 www.stjude.org

Greco, Arthur J., 88, of Pompton Plains, passed away on June 25, 2019, surrounded by his loving family . Arthur J. Greco was born in 1930 to Arturo Greco and Clelia Greco (née Chiamulera). He grew up in Clifton, NJ and attended Clifton High... View Obituary & Service Information

The family of Arthur J. Greco created this Life Tributes page to make it easy to share your memories.

Send flowers to the Greco family.