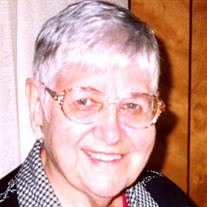 Newman, Mary A., 92 of Clifton, NJ passed away on September 27, 2016. Sister of the late Helen Rush, William Newman, and Robert Newman. Dear sister-in-law of Constance Newman, Newark, DE; cherished aunt of Maureen Rush of Clifton; Carolyn Paone of Longmeadow, MA; Kathleen Rush of Brookline, MA; Bonnie Newman, Cape Medoc, ME; Barbara Sullivan of Andover, MA; Eileen Newman of Oxford, MD; Robert Newman of Newark, DE; Diane Newman of Wilmington, DE; John Newman of Monroe, CT; Jennifer Newman of Falls Church, VA and several grand nieces and nephews. Mary was born in Jersey City and lived in Clifton since 1950. She graduated from Sacred Heart School in the Greenville Section of Jersey City; The Aloysius Academy in Jersey City and received a Bachelors Degree from Fordham University in 1969. She then taught elementary education in the NYC school system. She was a Library Assistant for 10 years at the Clifton Public Library. She was a parishioner of St. Philip the Apostle RC Church in Clifton where she was a Eucharistic Minister and a member of the St. Philip’s Rosary Society. She was a Former Treasurer of St. John Vianney Fraternity and volunteered at St. Joseph’s Hospital in Paterson and at the Clifton Library after retirement. Calling hours will be from 9:00 AM to 10:30 AM the morning of the funeral at Marrocco Memorial Chapel - 470 Colfax Avenue on Monday, October 3rd, followed by a Funeral Mass at St. Philip the Apostle RC Church, Clifton, NJ at 11:00 AM. Interment Holy Cross Cemetery, North Arlington, NJ.

The family of Mary Newman created this Life Tributes page to make it easy to share your memories.

Send flowers to the Newman family.